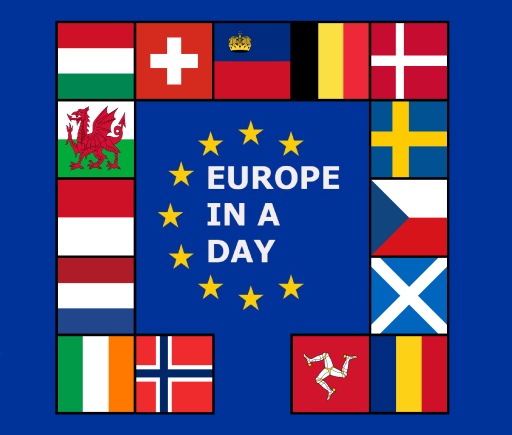 James Joseph Scanlan was born in London, United Kingdom in May 1990. James showed an interest in the world around him from a young age, being fascinated by maps and other languages even before starting school. He is the middle child of 3 brothers and is proud to have heritage from Eastern Europe, Iberia, Scandinavia and the Balkans . Currently, James is working as an educational presenter and also as a free-lance writer.

Europe in a Day – Day Trips to the Continent was James’ first ebook, published in August 2015. A second, fully updated and extended edition was published on May 9th 2020.

An avid traveller, James set himself the goal of visiting 50 countries before he turned 30, and achieved this goal on December 15th 2017 when he arrived in Bosnia & Herzegovina. He was also on track to visit each and every country in Europe before turning 30, but had to abandon several travel plans due to the COVID-19 lockdown – so still has Georgia, Armenia, Azerbaijan and Russia to go!

James speaks 11 languages and always enjoys learning words and phrases in new languages. He says “Being multilingual helps you experience so much more of the world and of course comes in handy while travelling. I’ve had great conversations with Albanian taxi drivers, despite not really speaking the language and know enough Polish to give a dog simple commands… so it definitely gives you some interesting experiences!”

So far James has visited: